Opie and Anthony Clip of the Week

Here's another filler post that I haven't done in a while. In this clip, the boys make fun of the trailer for some god awful Jennifer Aniston rom-com. As a special bonus, the person who put this up on YouTube synced it up with the trailer, so you can watch along. Enjoy.

Posted by Cyberbeast at 3:56 PM No comments:

Hump Day (AKA 'Ooh, Is That Cheesecake?') 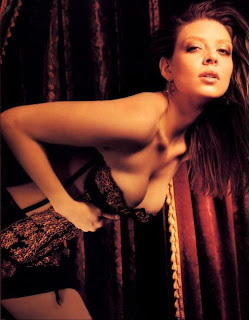 Amber Benson
Posted by Cyberbeast at 1:56 PM No comments: 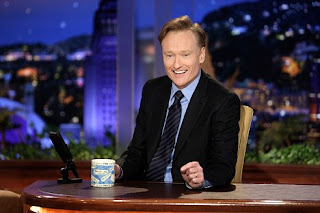 Now that Conan has had his Tonight Show swansong, I feel the desire to weigh in on this whole debacle. First, a little history. When I was younger I used to watch Letterman, I could never stay up late enough to watch Conan. It wasn't until five or six years ago when they used to play the previous night's show on MSNBC at 7:00PM that I really started watching him and grew to love the show. And when they stopped doing that, I would catch clips on YouTube or Hulu. Conan has far become my favorite late night guy since Johnny Carson. His humor always leaned toward the silly, and he was never afraid to poke fun at himself. His cast of characters is legendary; Triumph the insult comic dog, Masturbating Bear, Pimpbot, Preparation H Raymond, Coked Up Werewolf, Frankenstein, Vomiting Kermit, Fed-Ex Pope, etc. His via satellite interviews with Arnold Schwarzenegger, or George W. Bush or Martha Stewart were always hilarious. And of course, by far my favorite running bit on the show, the Walker Texas Ranger lever. The best part of that bit was watching Conan react when the clip was over. It was always so real and so funny. And the interviews of course, Conan was the best. Always in the moment, always having a good time.

It's a damn shame what happened with the Tonight Show. NBC tried to have their cake and eat it too, and the ratings suffered for it. I can't help but think that if Jay had just bowed out gracefully and retired, none of this ever would have happened. Yes, Conan's rating weren't there yet, and maybe only part of that is Leno's fault for the bad lead in, but it took Leno two years to beat Letterman, Conan wasn't going to do it in seven months no matter what his lead in was. It's unfair, but it's business, and NBC is reaping what they sewed here. During this entire situation, Conan has been nothing but classy, and Leno has been anything but. How he has the nerve to act like an innocent in all of this is staggering, with his back room deals and backstabbing. His monologue is hack, his bits are unfunny, and his interview skills are piss poor. How he ever became number 1 in the first place is a mystery.

As for Conan's last show, I thought it was awesome. Just the right mix of comedy and sentimentality, class act all the way. Tom Hanks was great, always funny and always a great guest. Neil Young was great, I've never been that much of a fan of his but I have to say that the song he performed was both beautiful and sad, and it struck just the right mood for the occasion. And I loved the song at the end with Will Ferrel. Such a great moment for Conan, a great way to say goodbye. Conan has seven months before he can return to television, most likely with Fox. Here's hoping that he lands on his feet, and that he continues to make us all laugh for many years to come. And here's hoping that his new show kicks Jay Leno's ass.

We love you Coco, come back soon.
Posted by Cyberbeast at 6:00 AM No comments:

I haven't done this for a while, and I'm lacking the inspiration to create any new entries with actual content, so until I have anything interesting to say, please enjoy the cheesecake. 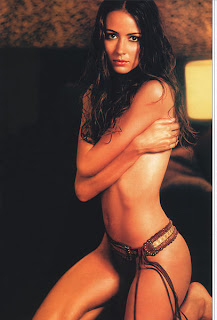 Posted by Cyberbeast at 3:31 PM No comments: 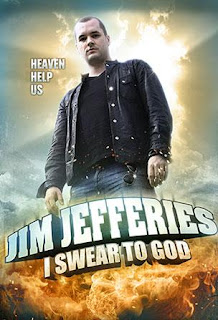 Jim Jefferies is a comedian that I’ve only recently been made aware of thanks to his appearances on The Opie and Anthony Show. For anyone familiar with O&A, Jefferies is best described as the Australian equivalent of Jim Norton. His style is honest, raw, raunchy at times, unapologetic, filthy, no holds barred, take no prisoners, and absolutely hilarious.

In his opening salvo, Jefferies takes on religion. An unabashed atheist, he makes no bones about telling the Christians in the audience that they are free to believe how they wish, but that they are wrong. He takes a look at some of the tenets of Christianity and pokes holes in them. Adam and Eve, Noah’s arc, Heaven and Hell. He touches on Jews and Muslims as well, just to make sure no one feels left out.

He moves on to more personal topics, talking about his family. This is where I think his set is the strongest, where he’s the most real and honest. The stories he tells are funny and relatable. He makes no attempt to dress his act up in artifice or pepper it with clever wordplay, which I think gives the stories a much more intimate feel, like your not watching a comedian at all but sharing stories with a friend.

The final bit is a story that is so dirty, I won’t even attempt to repeat it here. Not because I’m afraid to offend, it simply has to be heard to be believed. Reading it in stark black and white wouldn’t do it justice to the way he tells it, and I wouldn’t want to put anyone off before they get to make their own judgment. Suffice it to say, it’s funny, but it’s not for the faint of heart or weak of stomach.

My Netflix Rating: Four out of Five Stars
Posted by Cyberbeast at 12:27 PM 1 comment: 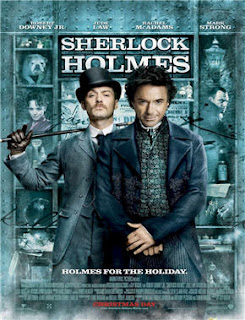 So on New Years Day I was finally able to convince my wife to use the movie gift card that we got for Christmas to go see Sherlock Holmes with me, it was the only think playing that we could even come close to agreeing on. I wanted to see Avatar, she wanted to see New Moon, this was our compromise. Though when we got to the theater and saw the line for the Avatar 3D showing, I was glad that we made the choice we did. I think I’ll wait for Avatar to come out on DVD, that way I can make fun of the blue cat people in the privacy of my own home.

I had read the complaints about the movie online before it even came out. Sherlock Holmes isn’t supposed to be an action hero, they said. Guy Ritchie uses slow motion in his action sequences too much, they said. Have I mentioned before how much I hate people who shit on movies before they are even out yet? Well, I do. All of the actual reviews I read were pretty positive, so I was excited to see the movie.

The opening sequence sets the tone for the movie. There’s good action, we get some insight into Holmes’ skills and methodology, we’re introduced to Watson and shown that he’s pretty badass in his own right. I particularly enjoyed Jude Law’s performance as Watson, which I’ve heard is more true to the book then the past movies have portrayed him. Sadly, I’m not as familiar with the original Holmes stories as I would like to be. Before this movie the closest I came was Data’s portrayal on Star Trek the Next Generation, and watching House.

Speaking of House, I had always heard that the character was based on Sherlock Holmes, but with this movie I can really see it. Especially in the relationship between Holmes and Watson which mirrors that of House and Wilson. Watson finds himself caring for Holmes, putting up with his eccentricities even as he’s trying to escape from him, but he’s pulled back in time and time again because of his own desire for adventure. Their relationship is definitely at the center of this movie, as they move from one clue to the next, and from one action set piece to the next.

Since this movie was advertised as an action movie, I was pleasantly surprised by how good the story was. It was a genuine mystery, with shady characters with unknown agendas, interesting clues for Holmes to decipher, surprising twists, and a fun action packed climax. And of course, hints toward a possible sequel. All in all, I’d say it was a pretty fun ride and I’d recommend it.

My Netflix Rating: Four out of Five Stars
Posted by Cyberbeast at 8:23 AM No comments: